Ofcourse there will be much lower trading in Global markets as this is the 4th of July week bang in the midweek crowding out business events from the calendar.

A raft of PMI manufacturing Data, ISM manufacturing data and Factory Order data will first show how bad it can really get as most of the islands of production growth have been wiped out and what remains after a bad couple of months in the Mid Est could be a lasting recovery in the face of commodities bottoming out. Auto sales though are going to be big in June despite cutting incentives by 20% last month. New Order data in all regional indices esp Chicago are near all time lows and Dallas reported the only optimistic overall data, regional indices losing the last optimistic surveys on employment also in the June figures

However, the latter half of the week would be more than assessing the damage as we are steeped in bad ADP and BLS Jobs reports since March when we even reminded everyone of the minimum sustainable recovery number for the Economy at 200,000. Most believe the US will perform at less than 80,000 Jobs added on Friday and that could get verified by the mid week stab at payrolls by ADP Retail sales at 3% are the new bullish benchmark as expected, and Mitt Romney is derating his own  Healthcare law after the Supreme court gave a big fillip to Obama’s re-election campaign by upholding Obamacare

The Euro has a growth pact and likely continued monetary easing will keep markets coasting though the 1.26 levels will be a challenge itself for the Euro as the Eurosystem of Central Banks starts adjusting to banks having leeway on buying their own country sovereign bonds. Would you or your bank buy any of these sovereign bonds still not rated junk from Spanish Banks or Italian Banks or the French who have already downloaded half of their Trillion Dollar European debt holdings since August when the Hellenic Summits were torn apart by banks as private investors? Of course German bunds have many takers and Deutsche Bank ill remain firmly behind Germany but others may not be able to avoid progressing to junk unlike Ireland despite the EUR 120B in the Growth pact raft which will allow Italy’s plan but not more than EUR 20 B for each country unless you want to grow a new definition of Anti German Fiscal discipline which we are not anywhere near in the definitions of the Union. 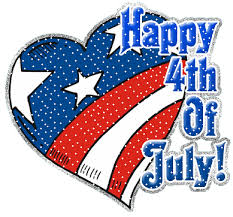 Asian currencies keep coming back against the Dollar after a big June rout but the week has a lot of Deficit data with Indian and Indonesian trade deficit reported in the first half along side South Korean and Taiwan production, Indian Hungarian, Spanish and Italian PMIs, Brazilian and South African Production and trade data and the API Weekly stock numbers for Oil and Gas in the US all before Tuesday is over.

Services Data and the new optimistic seriesin Brazilian Auto sales comes Wednesday as well as a lot of British Money Supply, Consumer Credit  and  Construction PMI data preceding the Thursday rate decisions by the BoE and the ECB. European Trade and Production data for June close out the week with US Housing Permits and sales on Friday as well as more Canadian and  Chinese data.