Hardly a home run but a 6% jump set a few shorts on fire too in Crude as the easing of EU’s stalemate on ne funding still means a lot of uncertainty on the way easing will reach markets and what shape Europe wants to take, making it difficult to predict stability in the continent by 2020 , let alone a zero deficit budget 2014. Gold jumped 3% and Nike it seems is down 6% after it buzzed investors’ ears and went inside the China shop

EU’s quickfire moves, almost no one noticing Angela Merkel backing down again, means a possible uncontested vote in the German referendum to keep the EU alive. As monetary easing is the only certainty keeping currencies up, even the Yuan and keeping commodities down is obviously one of the most unlikeliest scenarios one could pull down for investors.  The Euro did hit 1.27 briefly to celebrate the occasion but it should not hurt short s to stay on as long as they expect to get out regularly before getting on again

Crude, both Brent and WTI, are down 24% for the quarter and June has just this trading evening to get over. The probability of a recession has hit one in three and that means it is a near certainty but with the current situation continuing as is, with even mild growth in consumption lasting till there is a break  in the pattern or a cliff of economic disasters, ( not fundable by the US Treasury) Of course votaries of a recession have also spoken earlier in 2006 from Lakshman Achuthan and ECRI who forecast the same leading indicators including today’s anemic personal income and outlays data to macro economists from Joseph Stiglitz to others who are looking at the entire last three years as a mismanaged exercie to deepen what began in 2006. However, things have got better  but neither Housing nor employment seem to catching the pace., Americans happy with a gridlocked Congress till 2014 when Obama gets probably two years of hope and change 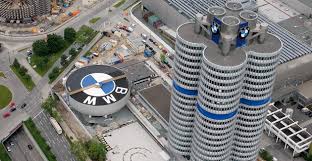 Europe is and will be largely self contained and banks deleveraging are unlikely to exit into a rosy pasture in the near future, yet Global Banks that survive have the growth cards and Asia and US itself offers tremendous growth cycles to build up

In all street trading Financials are also up 2% in the weekend rally but JP Morgan stays under the weather at just under $36 and the rally in Facebook has run out before $32. Thick trades in BofA keep the stock in the green, up 3.4%, Citi and Morgan Stanley (despite the downgrades) up 2.5% and Amex up 2%

Mastercard has added another $7 to the price now at $428. A $54 B Market Capitalisation  puts it in the same league as its competitors AXP:US doing $65B and Visa (V:US) doing $80 B behind McDonalds at $88B after Skinner quit, and even Disney (DIS:US) at $86 B. Sears and Gap have fallen behind at $6 B and $13 B respectively and the neanderthals fronm Tech Industry including Cisco and Intel at $90B and $133B with Hewlett Packard down to $45 B despite the comapnies holing hoards of cash which have made Microsoft and Apple worth $250 B and $500 B respectively

Amazon remains a good long term pick at $100B in capitalisation. Nasdaq is also picking up the pieces up 3% and there are no Healthcare deals on the prowl in the last week of H1, while those at KCG:US (Knight Capital ) and UBS planning to sue NASDAQ are also up 1.5% and 3% respectively

If consumption does fall further, it is likely to hit Autos, Food Comapnies., Grocers and Agri commodities in that order esp with the run in luxury automobiles getting shod in China itself, the big new market everyone from Detroit and Bavaria(BMW)