As a Rabobank strategist put it in today’s Reuters insider videogram, because of the fragmented euro bond markets in 2010 and 2011 , the current strength in the Euro is much more than a euphoric pick up on German manufacturing data that showed flash improvement last week before this months rush on GDP data. The finality of the Euro zone’s recession thus is not turning away bond buyers who can finally bet on the Euro surviving and run to periphery markets for yield. That means Italian debt spreads  continue to move lower towards the German Bund but till then there is a lot of demand for today’s Italian and German auctions

The start of the week is of course just going to be about retail sales and CPI inflation data for the 17 countries and the budding stinkeroo in Slovenia is not going to be cooking much. Meanwhile Britain is the only country with a positive GDP in among the 27 members and the liquidity impressed upon by ECB    now with the Open Market operations Britain as always gets cagey about this association with the weak euro zone around local Elections but the interlinakges rule out any seriosu move to change the current structure Britain itself setting the out limits of a closer union inadvertently in the process.

Across the pond, drove a hard bargain Friday, the Dollar taking a lull in the euro trade longs to shock up as US 30 year bond yields finally responded to remote telemetry by JGB sales, and were finally chosen for a big sell down after resisting the yen’s move right till the point it crossed what we still call parity at 100 Yen to the Dollars. That means Ben Bernanke’s last scare of the term is headed out of reckoning with inflation likely to respond and yields move into tangible figures across the term structure from 5 to 30 year terms as well as expected by most prudent observers since the Yen free fall started.

JP Morgan and Goldman Sachs were marked for controversy but at the receiving end as reporters were found accessing client login data from their Bloomberg terminals and Bloomberg is doing the explaining to SEC on this count. The vote for split of Chairman and CEO posts at JP Morgan is next week and Dimon might well stay the course though an ex chairman of J&J got a pretty chilly reception when he wrote to JP Morgan shareholders as  a Director praising JP Morgan’s practices on the board.

The Dow starts the week well near record levels and retail Sales have already jump started markets before open with ex Auto and Gas sales jumping 0.6% , back to its better days after a depressed Chicago PMI and demand for Gas set the negative CPI / PPI data in a pretty bad context in April and with not much positive coming out of Apple choosing to diversify its China contracts with Hon hai ( choosing Pegatron increasingly) markets were resigned to debating a lot about why not sell in May 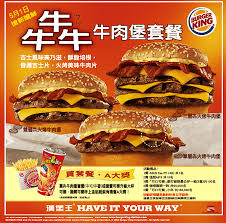 Modern Family from ABC meantime consolidates on Disney’s record results at least for investors with an app launch in New York and Philadelphia to start off revenues off streaming video. Upfront week showcasing new fall series’ coincidentally rolls across multiple networks at the same time to entice traditional advertisers without the synergistic digital leverage

April’s retail sales  were conservatively expected to stay mildly negative but broke out at 0.1% probably into the green for the indices as well. The Ira Sohn Conference too with its longs on Apple and P&G underlined a positive tone last week. housing prices and Starts data for April come in towards the end of this week  while all that discussion will keep the indices in old standing water before and after data busy before the focus on JP Morgan next week. Retail Sales data will hold interest much of the week though the NY and Philadelphia manufacturing indices do come in as well. At the ira Sohn again, we liked the longs on Korea as well and think the so called shorts on Japan are as much ‘in cahoots’ with the current government’s policies as Abenomics itself increasing the expected objectives of growth and growing interest rates with the sell down at this point in the commodities cycle. The last one in 2009 if you remember was important to throw instead because of the super inflation wrought by the extreme peaks in commodities charts thence and the liquidity ran awash without  any tie back to any growth.

Dimon’s threats to quit have sweetened the media focus on Financials as shareholder activists might not get what they ant risking as per Mayo 10% cut in J Morgan’s current  price not too good on funds that rode the Financials comeback since October 2012. Of course most analysts like us could ignore the event pooh poohing the notion much like Barclays that these say on pay and Director election votes can define Corporate Governance

China started off Monday on a positive note with retail Sales maintaining near 13% rise on year and Industrial production at 9.3% fueling more into the Yuan jets looking to cream the whopping 1% plus gain in the currency for 2013 as well, looking to stay barely above 6 by the end of the year and not helping KFC and Burger King outlets

Also, our two bits on JP Morgan’s No Sell in may opinion, we agreed already in the first of the IT’s MONDAY series we started in April. Imagine the kind of Institutional allocations post sell offs in US and Japan Fixed income and how they will exceed all due and undue to high yield, eurobonds, municipals and even if you want to compete within the asset class neighbours, IPOs and structured ETFs and you can see that the commodity cycle bottom is just providing a positive take off point for more US, India but not China or european equities , the only class that has actually reached a stage of euphoria and got cut from portfolios because of the real recession we will stay in there.

Miami is engendering a lot of Conference speak from bankers in 2013, no doubt related to the bigger real estate investors woming out of the wood work after a quiet round of fresh investments in 2011 last. Credit Suisse held its annual event in Miami in February

A lot of Ira Sohn went by ( a post facto analysis – we weren’t there) with media hunching up on those circling the wagons like the billionaire investors baiting the Fed was quite a catchy theme. No fault of the media and they have done well to bring transparency in ( no tie in to bloomberg, please 😦 ) Also Jim Chanos found the worms in Seagate for which the supplier has been adopting a circling the wagns already buying the rest of the industry (Samsung sold its hard drive business to them) as the product ‘hard disk” vanishes from shelfs and PCs kmuch like Sun hardware before this and intel to come? Shorting intel softly could be a good strategy too only not in the next three months and only if you are ready to watch all their supply chain breakpoints in plan every 2- months till they eventually give up on mobile, sell out or otherwise go private like Dell. It is a big change and whether there is a sun shining at the end of the tunnel or not the tunnel journey can be quite profitable for funds and managers.