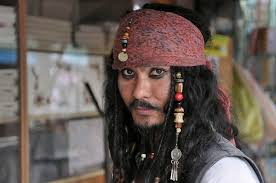 It’s Monday Again! If you are thinking about the holidays it’s a month to go~

S&P indices reported its best week last Friday close and that’s because it fell into abig ditch after yields did not take to a new normal and kept volatility in play, the cappping fortunes of the US Economy and speculators clutching at any straws in the run up in September did not help anyone all month so the recovery was just a setup for more colossal waste as the Earning s season continues to tepid applause and the same few remain on our lists, McDonalds’ fighting off more bad news, Coke reporting as much good in Asia as the bad in North America and Caterpillar with another delayed prognosis of the global recovery bravely soldiering on making do with any growth as good. IBM and Microsoft were downright terrifying for companies sitting on so much cash too, but I’ll admit it I am just waiting for Big Pharma and the retailers (except Gap) who report a month later.

The stress tests in Europe showed how far you have to run and stay exactly in the same place, the Economic wonderland sticking to 0% Economic growth and negative credit growth as banks refuse to sign up outsiode ECB’s gates and Scotland gets away with a mere scratch its banks, intact in London

While you wait for the inevitable deluge of auto sales on the weekend, the Euro has been waiting funnily too, and i say funnily, follow the serious advice I have imparted all these weeks, while the Oil and Gold move South aren’t done yet either, leaving in the normal course, US bond markets free to go down to or very close to the German Bunds and even start worrying about longer term deflation, an issue we rather unwelcomely raised earlier in 2010. But closer to home, Job growth numbers next week are not expected to go thru the roof and the snow should make for a lean job season like always a month from now anyway.

The next good report could well be the household Net Worth report again due in on December 18, 2014 (Z1 report at federalreserve.gov). The Pending Home sales report earlier in the day actually reported a first positive after a year even as Obama’s last fiscal presentation is as much a dud as the Republicans in creating change in the Congress, soo there is well a chance that the last improvements in fisc also yield to a tractable House for the President before his own elections and primaries thereof get everyone busy six months from now

Durable goods orders tomorrow if higher , would be on more aircraft in the hangar to be, while we are hoping the Case Schiller Index keeps the home fires burning in the mid west before the winter for the US housing numbers to keep making sense as the West and the North East taper of.

The GDP report on Thursday follows another media afternoon with Yellen on Wednesday announcing the going away of the QE programs. Meanwhile the US fisc dropped to 2.8% of GDP this ended Fiscal in September at $483 Bln wuth revenues a heady $3 Tln

The Friday Chicago PMI report remains a heady of heady 60 , an optimistic entry going into Winter Season with no demand growth coming of so much additional manufacturing product scheduled this year, so I would not worry about this indicator nominally heading south even if business confidence picks up thru the coming Spring

And hey, if you did no tget the message yet, get this, no one’s raising any interest rates for some time to come, none.

This entry was posted on October 27, 2014 by zyakaira in Uncategorized.