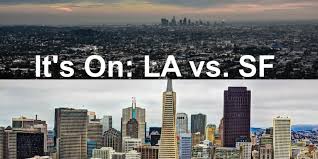 It’s Monday Again! It’s the Obama election Republicans have been waiting to lose..

So many Republicans, no less than Shylock in charge, John Boehner and the young ones’ in tow shot down so many White House proposals to save the country that only the blind will lead the blind now again and a year before Obama’s own successor takes over at the White house, Bill and Staci are trying to save it for the Democrats when Grimes and Braley and other things not of Ernst’s Iowa  go to the polls for the 33 seats in the Senate. Nate of course would go the data way but PEC indeed is tying the logical political potpourrie to a productive conclusion for the US to get rid of a gridlock, with Allison Grimes in Georgia. Kentucky is home, but as Michelle Nunn takes Kentucky, the cacophony of Nate Silver’s biggest anti bet ( I am worried now, There is NO reason for Nate Silver to be wrong, I can only trust Jon Stewart..a four point NBC poll lead, not so much). The third part of that triage, a tyrannical trio for Duck Boehner and the GOP in the South would be likely winner Landrieu, Dems trying the Elephant on for size with ‘local’ issues.

We like realclearpolitics.com for the analysis we get to do in between, sports and economic data and some tough homework from the nerds back here in Lucknow. 20 seats are up, 10 are this week and GOP needs 6 here to make the score again, so, boom, Obama gets his way by staying away. Thats good at least for Obamacare that survives  first the Democrats, then the GOP it survived and if the senate indeed goes GOP because people want to change Obamacare ( Buzzer!) jeez, would you believe the world isnt big enough without QE! BOJ has taken over from ECB , taking the lead shaking off Marshall, Dodge, Brady and indeed a couple of waddlewaddle American Big blogs at yet the Yellen corner and coming out with a self financed, wholly owned mother ship QE of its own~ roll of drums. Abe takes care of risk investing for time to come, but not likely enough for collateral laden nearly failed European banks that report this week again.

StanChart, one of the more successful and  profitable ones with Deutsche Bank and HSBC remain the key ones to watch as Barclays sheds another tear and RBS , BNP and SocGen close the hatch on any chances of a big bank led recovery thence reducing any chances of a decent QE in Europe, making a hike in the Euro even on chances except that the Yen will be doing some more depreciating aand some more winning at the expense of a stuck in the mud, way beyond stagflating Euro economies trying to instead rally behind German call for we will stay with low’er’ debt and no growth slogan equally mysteriously, showing as much diplomatic economic acumen as Boehner himself and leaving none in doubt about steering clear irrespective of better GDP performance from China and a purty good Flash PMI from there not enough by a mile to take the dark clouds off, leaving the risk trading fror us in the S&P 500 and  mostly in the key winners we have been following all this decade till now.

StanChart buys a new CEO paradigm (sells it to the press, FT.com, subscription required) this quarter , the Jobs report, boringly flat and inderperforming the upped 240 k number except if it is a volatile shimmy higher than 300k, The trade deficit is shrinking meaning a last mile from the imports in the holiday season as retail chains remain tied in a 3% GDP lock after a fortuitous Q2, ( and more foody love there!) I am also wondering if Wednesday’s ADP report will again run off course from the Friday estimate squeaking through and while Factory Orders will fall with a dull thud and Services PMI will keep flying, we will wonder aloud again why the lack of enthusiasm and a running board jump in the markets for US manufacturing, as Jobs in manufacturing indeed come back. Worryingly, credit card spending will have a big fat jump in a couple of months from now and it would be predicated only on the fact that credit is likely to remain dull again in the week’s Thursday report, leaving Goleman and the other Dan more rope to explain, but we would still be without anchor on missing the bus in the markets, as Consumers stay under wraps leaving investors scurrying away from discussing the Consumer credit report and the September slow uptick in consumer credit ( esp Credit card spending) is making it too close to call for the US consumer Economy with the new Wealth report another 48 days away

Apparently Import sales haven’t helped Volkswagen and others after a robust 2011-12 comeback with Toyota and Nissan and Honda(really~!, 10%..120k units, Honda deserve to be counted after Nissan,a tleast Hyundai and Nissan sell real cars to real people)  back in the steed and Used car sales ( getting an easy bite from 247 Wallst ) alsoo dipping down in Halloween light month, as crude spirals down to its lowest levels, making us reasonably certain thata look at the Data will show another correction in the benchmarked USD levels at 86 where the Index at 86 will be able to egt more trickle down in Oil prices to 70s below the cost of US producers for some time as well before markets come back to equilibrium price s as they remain shy of the US producer levels over the last 3-4 weeks. This week Sunday’s Broncos game and the Thursday night game in Ohio, with Cleveland taking on Bengals at Cincy in TNF in two mini powers coming back with a smooth purring engine under the hood. London was a big success at Wembley for the teams and back home in Texas action at the Circuit of the Americas, a chance for Vettel to redeem his season, but no boot in the hood. And the pics adorning this are from my memories of Los Angeles back when they were coming back and Hollywood hadn’t yet collapsed under the weight. San Frisco clearly has already.. 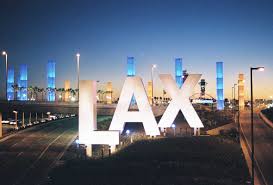 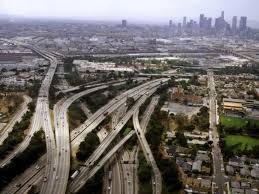 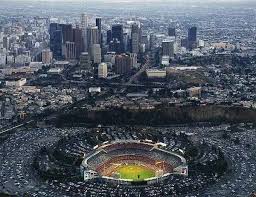 This entry was posted on November 2, 2014 by zyakaira in Uncategorized.